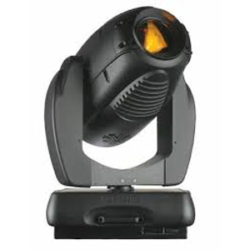 Proudly built in the USA, the VARI*LITE VL3500Q Spot luminaire is a powerful 1200W luminaire with a reduction in noticeable noise output from the standard VL3500 luminaire. The VL3500Q Spot luminaire maintains the same high standards set by the original VARI*LITE Series 3000 Spot luminaires for imagery, beam control, color and brightness. The added feature is a four-blade shutter mechanism that allows the blades to be operated independently or in unison on two planes for a clear and crisp image. The “Q” range fixtures are designed for situations where the absence of noise is critical to the performance.

The VL3500Q Spot moves and operate the same as the VL3500 Spot luminaire. The trade off is strictly thermal. The “Q” range has an ambient temperature rating of 40-degrees Celsius, compared to the 50-degree Celsius rating on the standard “non-Q” fixtures.

The VL3500Q Spot luminaire can be controlled from a wide variety of DMX512 consoles without the need for additional interface equipment.

The change in size and weight due to the modifications is minimal, allowing a consistent hang configuration and appearance no matter which luminaire type is required. The bottom vent cover is one inch taller, and the fixture is three pounds heavier than standard VL3500 Spot fixtures.